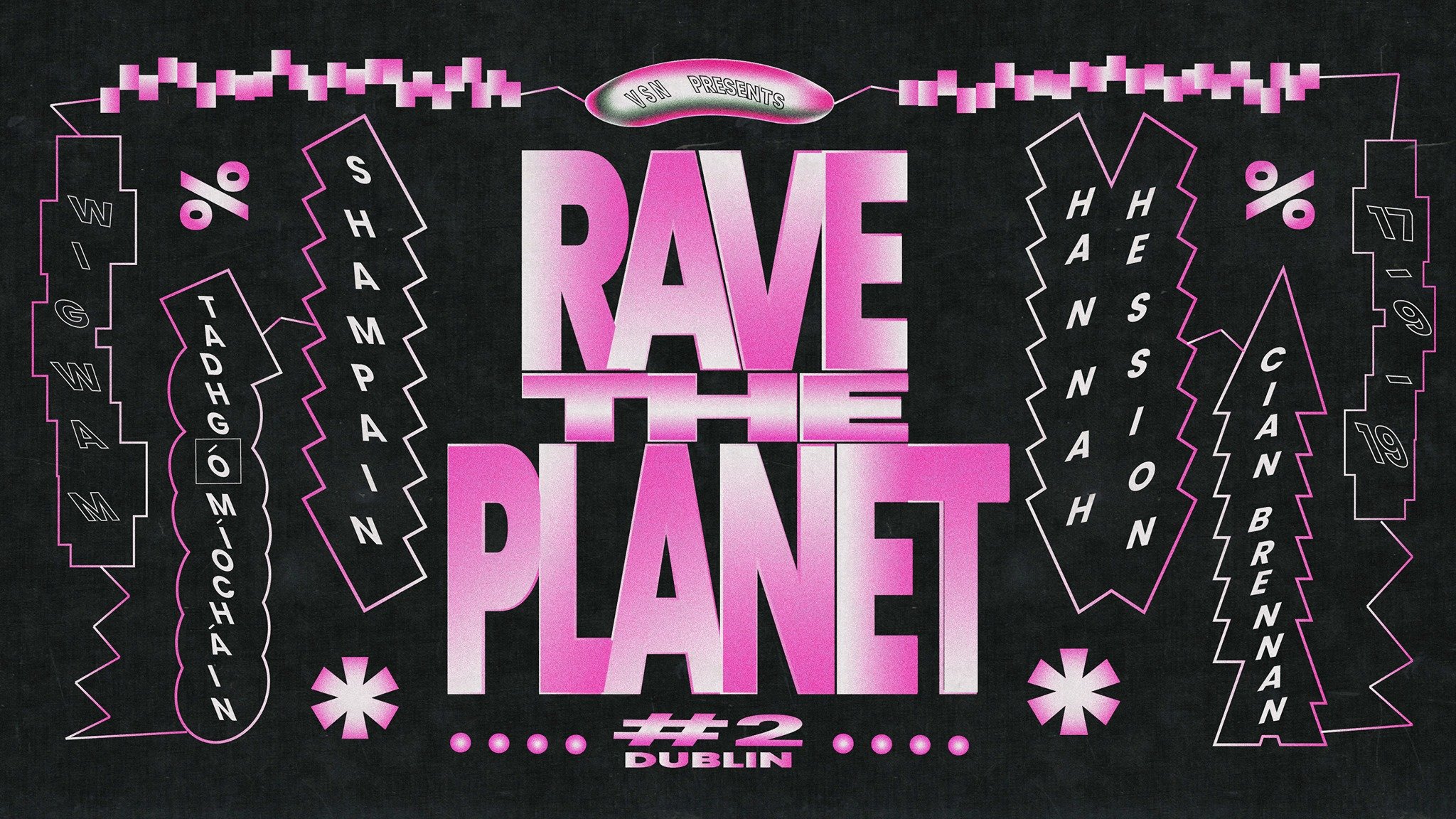 After terrorizing our spiritual home of Factory all year long, we’re moving gaff for the month and taking our September special to the capital city to help RAVE THE PLANET there too!

On the night we’ll be splitting the lineup half Dub/ half G-Town with debut VSN sets coming from the collective’s close friends Cian Brennan and Tadhg Ó Míocháin, two purveyors of bass, breaks and everything cheesy in between on opening duties!

For the second half, fan favourite Hannah Hession rides the hype train all the way cross country to make her Dublin debut in the storied basement, where she’ll be bringing all her fast paced techno blended with Dizzee Rascal and just about anything else!